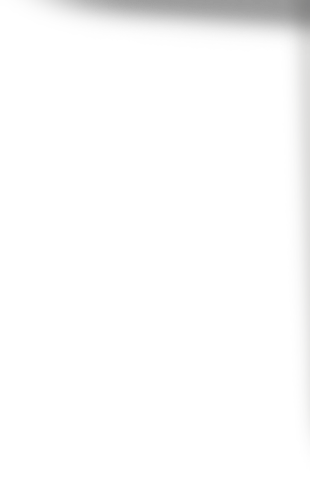 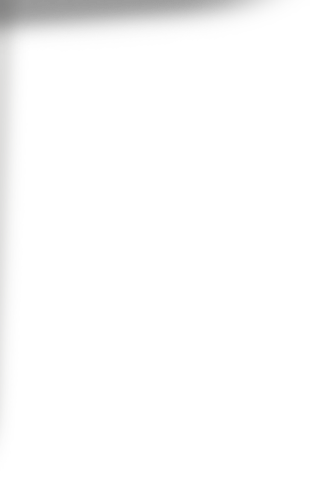 Michelle completed her massage licensure program on the island of Maui in 2003, where she practiced at a top-rated resort spa. In 2007 she became a certified personal trainer and worked with professional and recreational athletes ranging from triathletes to surfers. Michelle founded Maui’s first outdoor fitness boot camp, where she designed programs focused on healthy weight loss, wellness education and total fitness. She left the island in 2012 to begin a doctoral program in physical therapy. Michelle specializes in injury treatment and prevention. She approaches her practice holistically, considering and exploring the source of an issue, rather than treating symptoms alone. She is certified in a wide range of massage techniques and adapts treatments to specific needs, including educational tools to support individual fitness, functional mobility and pain management goals. Michelle enjoys riding bikes and taking trips with her son. She dabbles in triathlon, enjoys participating in charity bike rides and local 10K runs, and travels to Maui as often as possible to hit the surf.

Jake takes a personalized approach to personal training. Because no two people are exactly alike, he bases each person’s individualized program on their detailed assessment and intake. He designs programs to meet people where they currently are and to help them get where they want to be. Jake earned his degree in exercise science from Shepherd University. He also holds several leading industry certifications, including NSCA certified strength and conditioning specialist (CSCS), NSCA certified special population specialist, ACSM certified personal trainer and Precision Nutrition. As the pursuit of knowledge is endless and as research continues and new information emerges on how to better serve his clients, Jake is committed to hunting down the best way to help people live healthier and more optimal lives.

Nia is a fitness professional who has earned her Bachelor of Science in Exercise Science from North Carolina Central University. She is a Clinical Exercise Physiologist certified through the American College of Sports Medicine. Prior to the UNC Wellness Centers, her experience includes six years as a physical therapy aide at Duke Regional Hospital working with people who have had strokes, joint replacement orthopedic injuries and neuromuscular disorders. Nia has also gained experience in cardiac rehab conducting stress tests, developing exercise prescriptions and promoting physical activity for people who have chronic diseases or conditions. Nia joined the UNC Wellness Centers as a fitness instructor in 2013. She develops individualized exercise programs for a wide variety of populations. Her philosophy is to create a training environment that not only motivates but also empowers individuals to achieve their health and fitness goals. As a former basketball player, she loves the challenge of outdoor activities. She also enjoys traveling, live music and spending time with her family.

Karla has returned to UNC Wellness Centers after obtaining her Master of Arts in Integrative Health Studies from the California Institute of Integral Studies. Previously, she earned her Bachelor of Arts in Psychology from UNC-Chapel Hill and worked as a personal trainer at the Meadowmont facility for seven years. Karla has been working as a Certified Personal Trainer and health coach since 1999. As a trainer, Karla focuses on empowering clients to find harmony and strength in their bodies and lives. Teaching breath and body awareness, injury prevention, flexibility, balance and coordination is the first line of action with each person. Karla’s training experience includes senior fitness, post-rehab workouts, travel workouts, golf fitness, outdoor workouts, TRX and marathon/endurance training. Karla has been a yoga instructor since 2009 and she shares the many benefits of this discipline with her students with a Vinyasa style class. She is also a Reiki Master. When not at work, Karla enjoys running, biking, yoga, meditation, reading, gardening, baking healthy treats, symphony excursions, health research and time with friends and family.

Kyle was born and raised in New Jersey, where he worked in a hospital-based fitness center for over 10 years. At UNC Wellness he shares his passion for fitness and helping others. Kyle has a Bachelor of Science in Exercise Science from Rutgers University and a Master of Arts in Education from Arizona State University. Kyle uses science and research to develop his workouts and programs and uses his background to teach the people he works with, helping them understand why we exercise and how it translates to goals outside of the gym. Kyle is certified through the National Academy of Sports Medicine (CPT) and has specializations in athletic performance, youth fitness, TRX and RIP Training. He also has experience working with individuals on a variety of goals from weight loss to cross-training athletes. When he is not training, you may find Kyle working out or teaching a group fitness class. Outside of the gym, he likes to play sports and enjoys hiking. He also loves to cook and enjoys putting healthy spins on traditional food recipes. Kyle believes your gym experience should be where fun meets function: “If you enjoy what you are doing, the more effort you will put in, and the more likely you are to continue. That’s key for long-term success”.

Beth received her Bachelor of Science in Health Promotion from Appalachian State University and has worked in a variety of settings including clinical, corporate wellness and community fitness. In addition to her personal training certification, Beth has completed specialty training in TRX, kettlebell, prenatal and postnatal fitness, senior fitness and injury prevention. Beth believes a healthy lifestyle is about finding a balance between movement and recovery. It’s important to start where you are and develop realistic goals that will help you live healthier and reduce your risk for health-related issues. Beth’s main objective as a personal trainer is to support individuals to thrive, not just survive. In addition to exercise, she stresses the importance of good sleep habits, stress reduction and proper nutrition. In Beth’s free time you may find her combining her two favorite hobbies of hiking and photography. She also enjoys spending time with her family and reading.

Kiesha graduated from The Medical Arts School of Raleigh in 2012. She prides herself on her ability to care and listen to the needs of others. She is well trained in Swedish, deep tissue, trigger point, hot stones and reflexology. Kiesha believes in tailoring a massage towards the needs of each client by using multiple modalities to get the best results possible. Kiesha knows that massage therapy changed her life and gave her a purpose. It taught her that everything is connected and that the systems of our body work collectively to maintain a healthy balance. She believes that to be healthy we need to take care of ourselves mind, body and spirit. As a massage therapist, her goal is to use a combination of techniques to relieve tension, reduce stress and reduce pain. She wants to assist you on your journey to creating a healthier mind, body and spirit.

Michelle graduated from Hampton University with a degree in Business Marketing/Computer Science. While working in IT for Fortune 500 companies in New York, she experienced firsthand the effects of stress and mental fatigue, as well as the physical muscle injury that can occur from long hours of sitting at a desk. So, she decided to pursue her passion of making a difference one person at a time as a massage therapist. She graduated from the Advanced Fuller School of Massage Therapy in Virginia Beach, became nationally certified and worked at Chesapeake General Hospital’s Lifestyle Fitness Center for over 15 years. After moving to North Carolina, she graduated from Southeastern School of Neuromuscular and Massage Therapy of Charlotte. She has worked at private clubs and various spas. In addition to stress reduction, insomnia relief and relaxation massage, Michelle specializes in injury therapy, postural corrections such as forward head and seated posture syndrome, repetitive motion injuries such as carpal tunnel and tennis elbow and pain relief for chronic conditions such as sciatica, headaches (tension, migraine and sinus), TMJ and diabetic neuropathy. She offers deep tissue relaxation, neuromuscular therapy, medical massage, hot stone, prenatal and geriatric massage. Michelle was a teaching artist for Raleigh’s Artspace Outreach Program and Charlotte’s Art Start Program. She enjoys oil painting in her spare time.

Joshua is a Licensed Massage and Bodywork therapist. He graduated from the Body Therapy Institute in Siler City. Prior to school, he worked in healthcare and brings a variety of skills from that field and other fields such as physical therapy, customer service and childcare. He incorporates knowledge from his extended time as a yoga student and active participant in exercise training into his work. For Joshua, these skills give him a unique perspective on massage. Through his passion and commitment to a balanced lifestyle, he seeks to help clients gain a more complete sense of self through safe and compassionate touch. Joshua is skilled in Swedish massage, myofascial deep tissue massage, aromatherapy massage and hot stone therapy as well as having been trained in other modalities such as hot and cold-water therapies and energy balancing work. Through his work he finds focus on breath, active and passive stretching and attention to the body-mind connection promotes education for the client to help form new patterns of healthy flow and movement. Above all, Joshua strives to deliver an individualized session to each client that can be adapted to ensure comfort and relaxation in a positive, healing environment. During his free time, he enjoys the outdoors, live music and time-sharing in connection with others.

Evan is originally from New York where he spent a successful decade working in the music industry. After running several marathons for charity, however, Evan wanted to pair his extra-curricular interests with his career. He moved to Durham in 2008, and he shifted his focus to the harmonics of the human body where he earned his Doctor of Physical Therapy degree from Elon University. He enjoys the orthopedic side of PT, particularly pathologies of the shoulder, hip, and knee. He also enjoys working with middle/high school students as well as having a passion for working with endurance athletes such as runners, cyclists, and triathletes. He has enjoyed success in getting his patients back in the game by utilizing a variety of techniques including soft tissue mobilization (Graston Technique Certified), joint mobilization and manipulation, and individualized therapeutic exercises. He sees every patient as an individual and takes each person’s unique situation into account with every treatment. Evan is a board-certified clinical specialist in orthopedic physical therapy (OCS) by the American Board of Physical Therapy Specialties.

Evan is also an avid runner, cyclist, and sometimes triathlete who also enjoys playing tennis, softball, and most outdoor activities.  Though a transplant to the area, Evan has made the Triangle his home and has become a proud member of the community. When not at work, he can be found spending time with his family at any of the many parks, museums, restaurants, and live music venues throughout the Triangle.